Carrera marble and cobblestones.  They were here long before you and will outlast you by centuries.  Marcus Tullius Cicero, Michelangelo Buonarroti, Giuseppe Garibaldi - men of immeasurable talent, honor and character have wandered down the same ancient, ivy-shaded alleyways, seemingly frozen in a just-right state of beautiful decay.  This is Roma.  There seems to be an unspoken deference paid to those who came before and the Eternal city they left for our senses to see, taste, smell and feel. 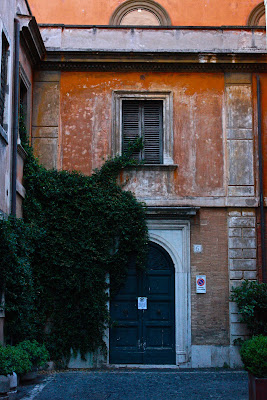 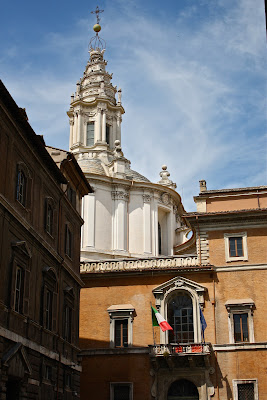 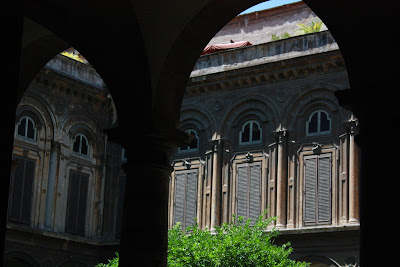 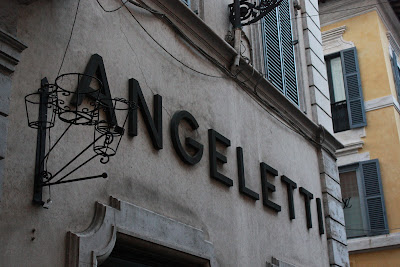 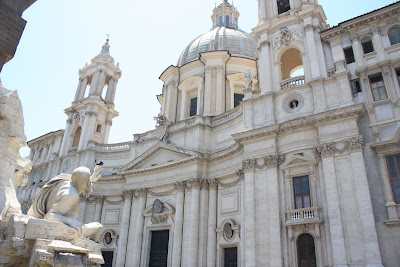 Nowhere is this more clear than on the short walk from Giolitti, Roma's oldest gelateria, to Cruciani e Bella in the Piazza S. Lorenzo in Lucina. Austere figures in deep navy suits, solid navy ties and polished black shoes clutching cakecones filled with colorwheels of delicious gelato avoid the shade that the walls of the solid, unchanging palazzos provide, unfazed by the intense June sun as they meander to and from the Senate.  Like the architecture and sweltering summer heat, these men, their penchant for formal clothing (and taste in ice cream), seem not to have changed much in the 10 years since I was last a resident of this city.  Dignity, propriety and elegance are a constant state of being. 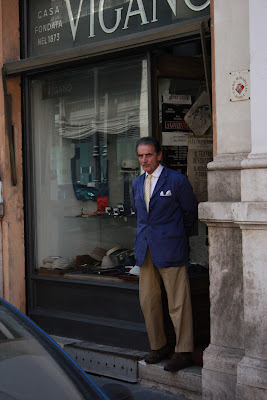 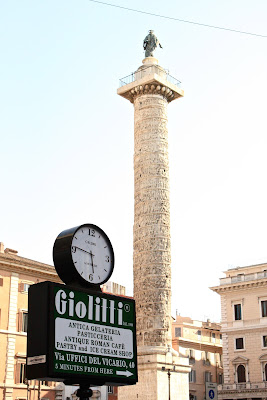 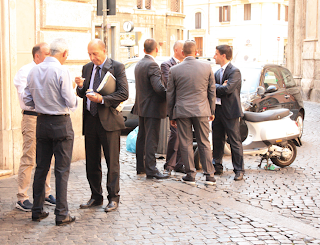 Danilo Cruciani's small but wonderful shirt and tie shop has been a similar constant for many of these aforementioned Romans and the travelers that instinctually identify with them.  In the summer of 1994, my father wandered through its doors fresh off the plane, carrying an Alitalia lost luggage ticket and in search of a clean shirt.  What he found, along with the shirt he required, was a gregarious shopkeeper who had just returned from a vacation in Vermont, his home state.   He walked out the door forty five minutes later with three shirts, four ties and a new friend that he would visit each time he came to Rome until his passing four years ago.


Though it had been five years since a member of the Ciongoli family had visited Danilo, his eyes lit up as I reintroduced myself. "Ciongoli!  From Vermont, e vero?  How are your mother and father?"  After thirty minutes of chatting, absorbing and picture taking, I left with a beautiful tie and a better understanding and appreciation of the contesto that defines this wonderful city.  I look forward to the time when I can give that tie to my own son and walk with him from Giolitti, fragola e limone in hand, to visit Danilo.  I have a feeling that he will be there and that he'll be glad to see us. 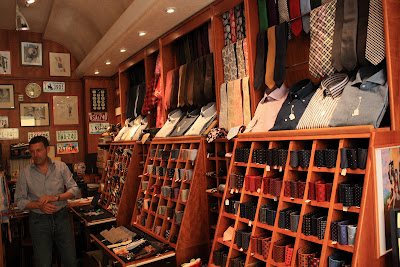 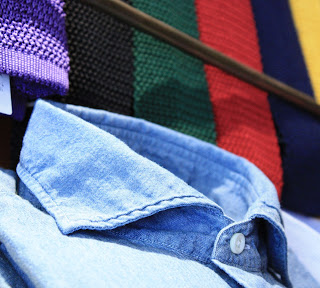 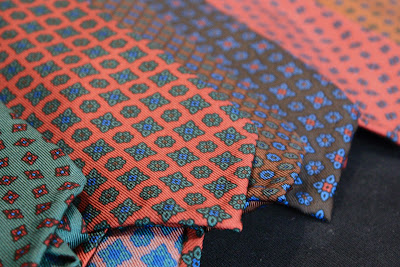 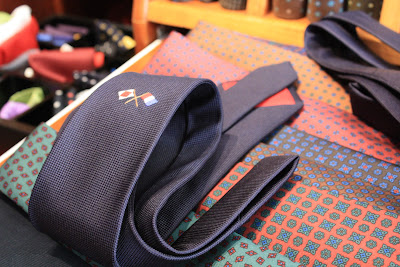 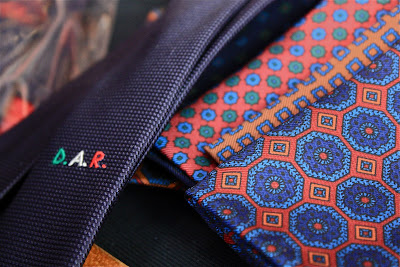 Made to measure ties with the back blade hand monogrammed.

Your posts are always intriguing beyond your vocation; I'd never been attracted to Roma over other ITA cities, but you lend it some magic.

I love this. Give up your day job.

Mason - Thank you very much for the kind words. Rome gets a bad rap tourist-wise, but it was the center of the known world for a long time and much of the feeling of that hasn't changed if you know where to look. I encourage you to go and explore, you will not be disappointed.

Tin - This provides the contesto for me to do my day job well (when given the freedom to do so).

You coming back or what?

Dunno if you'll see this but I've got a question about an image I could've sworn I saw on your blog here.

It was a snap of John Yang, dude who was with rl rugby. His bow tie - it's been a month and I'm still curious about it.
It looks almost like a batwing bow tie.
Is it RL or his own creation?
Maybe a kids tie that he *tied into* a bow tie?

This may seem silly but there's just so much going on in that one part of his outfit: the way the bow lies, the diagonal seams, etc.

Do you know more about it?

Anon - are you referring to the following image? If so, I imagine that's either a rugby bow or an old polo one.

If I know John, and I do very well, he tied it like a regular bow and them scrunched it in a ball with one hand. It's a standard practice at RL to make bows appear less fussy.

I hope this helps.

No wonder I was confused - it was from your tumblr.

Thanks for the info. I figured the tie was something RL from the past. I really like the design of it, plus the way it's tied adds helps, as you said.