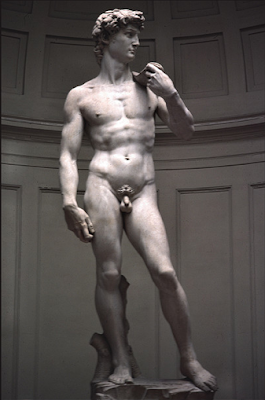 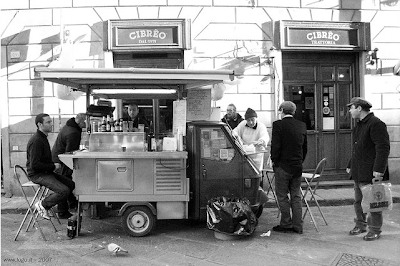 Nearly ten years have passed since my last day trip to Florence. I’ve since returned for more extended visits, but when I lived in Rome I used to board the Saturday morning train northbound from Termini frequently. For a young man with a recently developed obsession in Renaissance art history and healthy appetite for great food , there was no better destination for a weekend afternoon. While each visit brought new and incredible discoveries, my first remains the most impactful. It was on that day that I met two of Florence’s most lengandary giants: Michelangelo’s David and Fabio Picchi’s Trattoria Cibreo.

When I was putting together my recommendations for Jon, Jeremy, Lawrence and Agyesh I knew where I had to begin. “If you see anything, other than Tie Your Tie, it must be the David and if you are going to eat in one place, make it Cibreo.” These suggestions aren’t unique. Cibreo is widely held by many as Florence’s finest eatery and Il Gigante has long been touted as one of the greatest pieces of sculpture of the last 500 years. I’ve often found that legends rarely live to their hype. Occasionally they meet it. The David and Cibreo both transcend it. 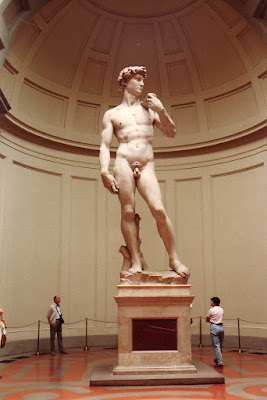 Photographs of Michelangelo’s masterpiece fail to do its magnitude and presence justice. Its difficult to believe that the 17 ft tall image of the ideal male form was cut from a block of marble so oddly proportioned that it was passed over by more than one great Florentine sculptor as unusable before the artist began work on it at age 26. When the work was completed four years later, the Florentine government thought it was such a powerful symbol of the strength and determination of their state that it was placed directly in front of the Palazzo Vecchio (The Florentine statehouse) pointing towards Rome, their then aggressor and “Goliath.” 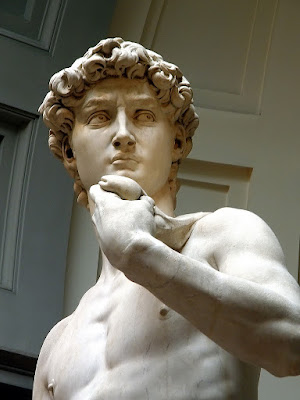 In the late 19th century it was moved to the Accademia where it still resides, along with many other of Michelangelo’s uncompleted marble sculptures created for the ill-fated tomb of Pope Julius II. The Accedemia is a little out of the way from the town’s center and lines can be long at times but, as Machiavelli so famously suggested, the ends certainly justify the means. 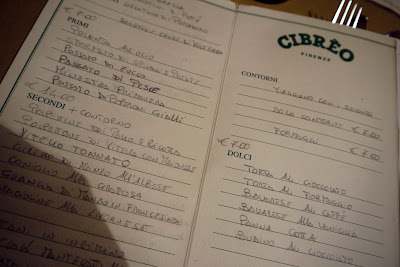 Not unlike the David, you’ll most likely find lines outside of Trattoria Cibreo (Via de' Macci 122r). Again, I ask that you listen to Machiavelli and wait. Chef Fabio Picchi has innovated traditional Tuscan cuisine to create a menu full of unfamiliar (no pastas) but mind-blowing dishes with bold, unforgettable flavors. When my brother first told me about the place he issued me specific instructions: Start with the pomodoro in gelatina – an unbelievable tomato jello-like spread with fiery hot pepper, raw garlic and fresh basil. Next move on to the sformato di ricotta e patate (a sort of quiche of sheeps ricotta and potato), calamari inzimino (a sublimely spicy squid and black cabbage) and a half bottle of chianti to wash it all down. I’ve never ordered anything else and I still dream of the pomodoro in gelatina to this day. 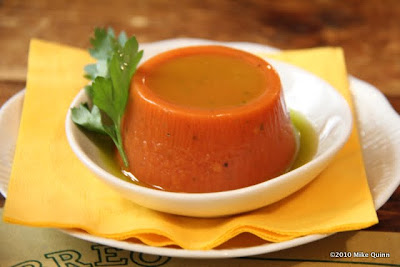 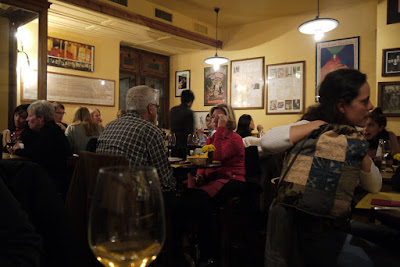 all images found through flickr hive.
Posted by Enzo AGC at 2:17 AM

I can honestly say that I had the single greatest dining experience of my life at Cibreo about 10 years ago. I had been to Cibreo a few times prior, but on this night I was there for a private birthday dinner honoring a fashion industry icon. The dinner started with something so out of the norm - a simple slice of mozzarella di buffala hand delivered as we were about to sit down by Gianluca Isaia - Fabio instructed everyone not to put any salt, pepper, or olive oil on it and to skip the bread - this was too special and should be eaten like "sushi"! You can only imagine what came next...On my first trip to Florence with my then fiancé, we ate at Cibreo three times in a week and she fell in love!