A City of Substance: Quattro Leoni & the Museo Bargello 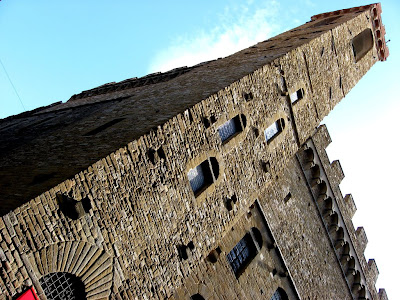 Florence is a city teeming with substance. As you walk down the street, it’s impossible not to notice the turrets of its medieval fortress-like palazzos cutting into the sky, throwing shadows onto the rough-hewn cobblestone streets or the endless marble statues adorning fountains and piazzas. This can be explained by the city’s close proximity to some of Italy’s most renowned quarries as well as their need for defense throughout their tumultuous history feuding with their neighbors. 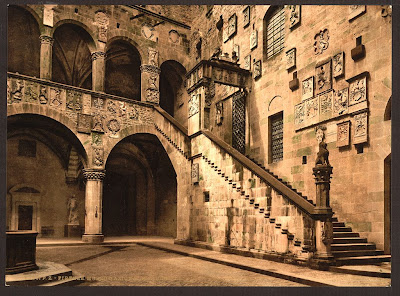 The Museo Bargello is a fantastic example of this. Originally built as a fortified palace, then converted to a jail, it now houses that largest collection of Renaissance sculpture in Italy. The Bargello’s real strength comes from is lucid demonstration of the evolution in Italian sculptural style from the quattrocento period of Lucca Della Robbia, Donatello and Verrochio, through the high Renaissance with seminal works of Michelangelo and concluding with Ammannati, Cellini and Giambologna’s mannerist masterpieces. The collection’s compositions move from a single vantage point to 360 degrees - from a secure contropposto to chaotic, surreal instability. 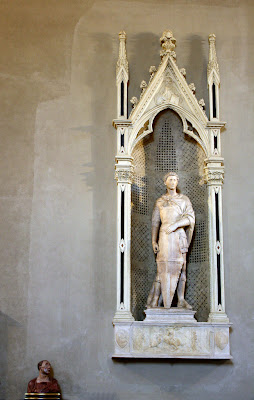 Donatello’s St. George epitomizes this earlier style: inset in a gothic niche, he stares forward with strength and determination towards the viewer, his weight shifted to his right. 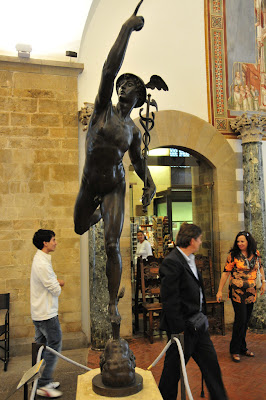 This is in stark contrast to Giambologna’s cast bronze Mercury, who inexplicably balances on a single toe atop a small orb. His seemingly inevitable, imminent fall can be observed from all angles. 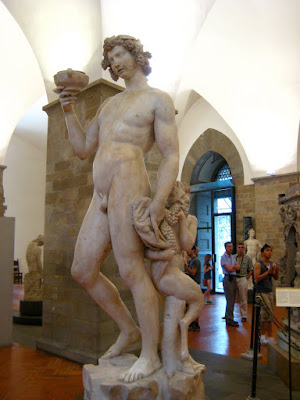 Michelangelo’s Bacchus bridges the gap between these two works. Bacchus appears to be anchored in his stance, but is beginning to teeter in his drunkenness. The inclusion of the small satyr at his left also demonstrates his increasing interest in working in the round. 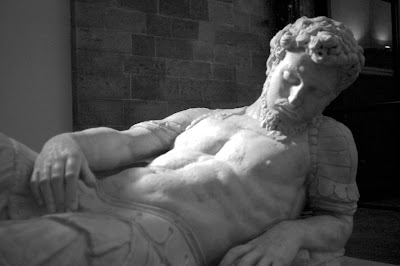 I remember being the most drawn to Bartolomeo Ammannati’s funerary monument of Mario Nari. Depicted as a Roman legionnaire in slumber, every detail was so life-like that I half expected him to open his eyes, arise and walk out the massive, spiked wooden doors. 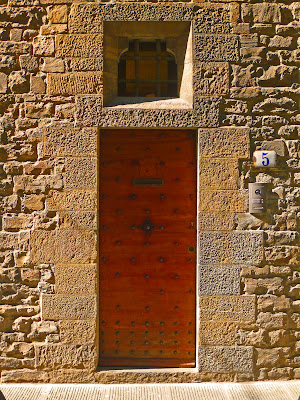 If Nari did wake up, he’d no doubt be hungry - chances are he’d be on the lookout for Bistecca alla Fiorentina. The colossal and mouth-watering Florentine porterhouse can be had at many places throughout the city but few are better than at Trattoria Quattro Leoni (Via de dé Vellutini 1R in the Piazza della Passera). 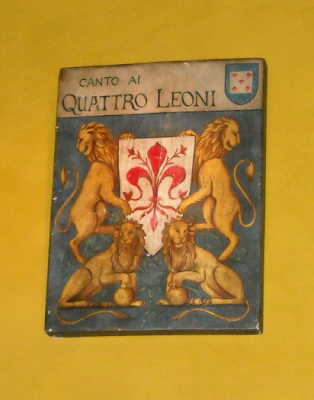 Situated in a small, off-the-grid piazza on the Otrarno, this fantastic eatery offers elevated renditions of staple Tuscan fare. I recall their bruschetta having the ideal balance of sweetness and acidic bite. 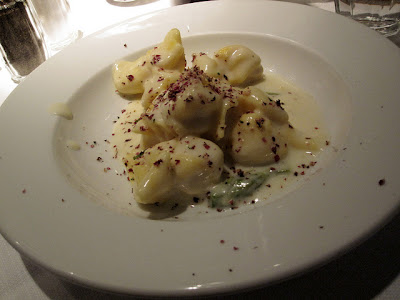 The homemade pasta stuffed with pear and taleggio cheese was equally divine, though nothing tops the Bistecca. Deceptively simple, it’s charred and seasoned to perfection. Fair warning though – its substantial, just like the city it comes from, so you might want to share it. 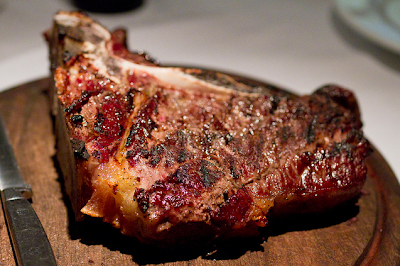 you picture of Mario Nari's funeral momunent is just brilliant!