On the Radar - Grahame G. Fowler 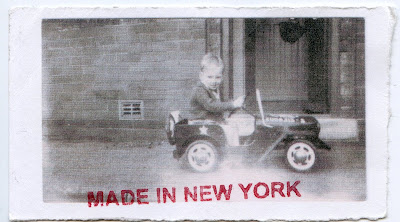 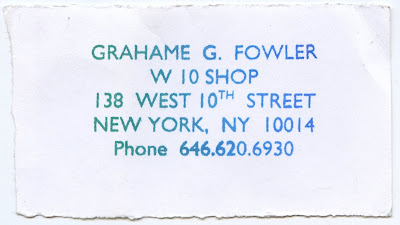 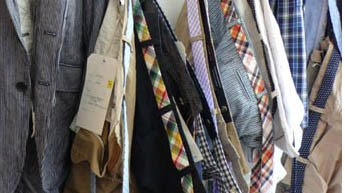 My lack of recent posts can be largely explained by a three week, head first dive into the west village rental market. While all my hard work has yielded zero results on a new dwelling, it did lead me to Grahame G. Fowler. I stumbled upon their week-old store this past Saturday in between apartment viewings on West 10th. Colorful woven-clad bust forms surrounded by anchors and vintage vespa models practically begged my entry from their residence in the well-rigged storefront window. The first thing I noticed when I entered the store was a half-lined blackwatch cotton suit. The second: its label read “Made in New York.” The third: it’s price tag read $600. That’s one heck of an opening price point for a half lined suit that’s made in the US of A. After speaking with Mr. Fowler briefly I learned that he’s in his fourth season and while it has been sold mostly overseas until now, his entire collection is made on this side of the pond. Unfortunately, I didn’t have my camera on hand but Mr. Fowler was gracious enough to invite me back for a few more words about the brand and some photos of the new store. I hope to have it for you all later this week so look out for it.

Black Watch Suit? I've been looking for one ever since I read Armadillo by Wm Boyd. A fantastic novel but you gotta dig that suit.

tintin - absolutely...I'm not sure if you'll dig this one but the only way to find out is to head over there...I'm going tomorrow after work, maybe we'll bump into each other

I'll try and make it. Look for the Trimmingham blazer.