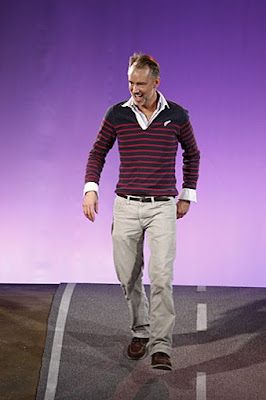 photo borrowed from michaelbastiannyc
The Council of Fashion Designers of America announced their nominees for 2009 Menswear Designer of the Year today and 13th & Wolf favorite Michael Bastian is in the running yet again.  This marks his third nomination by the CFDA and this time he'll be up again Scott Sternberg of Band of Outsiders and Italo Zucchelli of Calvin Klein.  Lets hope he gets the recognition he deserves this time around.
Posted by Enzo AGC at 4:00 PM