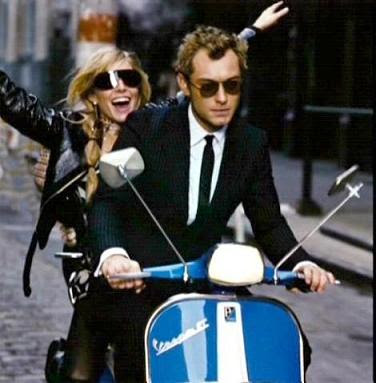 Jude Law is the one of the most stylish actors in Hollywood. Plain and simple. His role in "Alfie" has added two things to my ever-growing list of meaningless possessions. I purchased the first yesterday, a cable knit hooded sweater. Alfie's was cashmere, mine is a handknit Irish fisherman's. The second image that this film has set in motion perpetually in my head is me riding the 1966 Piaggio Vespa 150 Sprint (With my lovely wife in the place of Sienna Miller obviously). Via ebay, I have found a guy in Florida that painstakingly restores them and ships them anywhere in the country for free if you pay his asking price, although he will entertain best offers as well.  The silver one is up for auction as we speak.  Go get it guys. 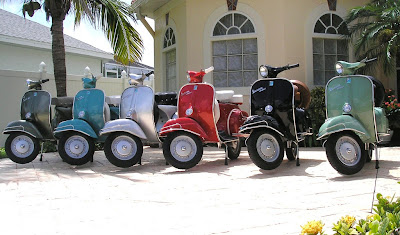 How do I get in touch with this guy from Ebay? Also, please post a link to his ebay page and/or his website. Thanks.